Home
How to Stop Other Devices Ringing iPhone 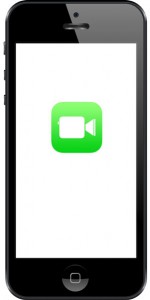 How to Stop Other Devices Ringing iPhone

Since upgrading to IOS 8 all hell breaks loose whenever I receive a call on my iPhone!

every device I own (2 iPhones with different numbers, my iPad and macbook pro) all ring at the same time. When I answer the phone the other devices keep ringing for a few seconds…….. Kept meaning to get to the bottom of it, now have finally found the solution:

If you have multiple devices running iOS 8 and using the same Apple ID, an incoming phone call rings on every one of the devices at the same time. In other words, an inbound phone call will ring not only your iPhone, but also any other iPad, iOS device, or Mac too if it’s running OS X Yosemite. While this feature can be convenient and make it much less likely that you’ll ever miss a phone call, it can also Drive you crazy if you have a desk full of hardware that is all buzzing simultaneously.

To stop the iPhone from ringing your other devices with an incoming phone call, you need to visit the Settings of the iPhone which has the cellular connection that originally receives the phone call. You can also choose to selectively disable the ringing feature on other devices if you’d like to just opt a single device out.

How to Stop Other Devices Ringing iPhone follow these instructions :

Open the Settings app on the iPhone and go to “FaceTime”
Toggle the switch for “iPhone Cellular Calls” and flip it to the OFF position
Exit out of Settings.

other resources about How to Stop Other Devices Ringing iPhone